TE Storage & Logistics was established in 2012 by Director, Tom Hage.

Tom, a cropping and livestock farmer, was looking to diversify his current enterprise. After completing a Rabobank Executive Development Program in 2010, he felt inspired to start a new venture. After much planning and consultation, in mid-2012 the business was created. It began with a fertiliser shed for Lawrie Co. This quickly expanded to include ten 126 tonne upright cone based silos in the same year, when Tom saw the need for private grain storage off farm for corporate grain buying companies.

Through his own crop growing contracts on farm, he was able to supply storage facilities for Malteurop. Word soon got around that a private grain storage depot had begun in the Limestone Coast area. TE Storage & Logistics was approached by JK Milling to store Fiesta and Ranna Beans and in the following year, an 8000 tonne bean shed was erected at the depot.

In the 2013/2014 harvest year a bunker was also built to store more beans and in future years wheat. In 2015 TE Storage & Logistics applied and was awarded a Regional Development Funds Grant from the Department of Primary Industries and Regions to further expand its storage facilities. This grant assisted the company to build six sealed flat bottom Cyclone silos with the capacity to hold 1520 tonne each. The silo complex included a computerised conveyor loading and unloading system. The project was completed in late 2017. Cargill Australia is among the clients who store Barley in these silos.

TE Storage & Logistics like to seize new opportunities head on and the team are excited about what the future holds! 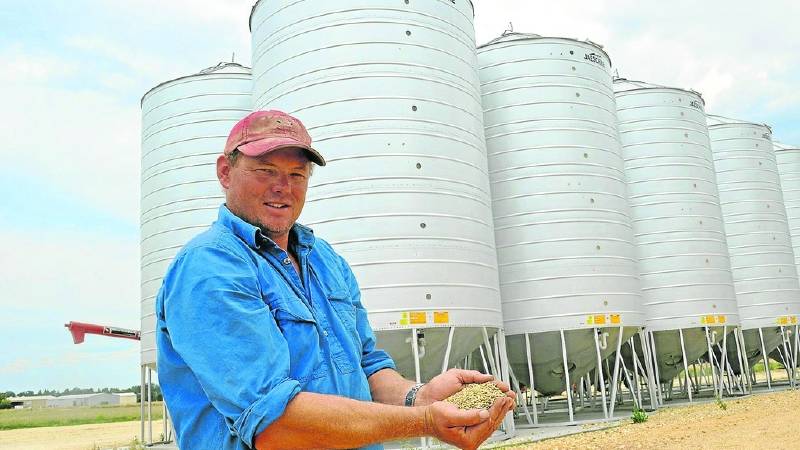